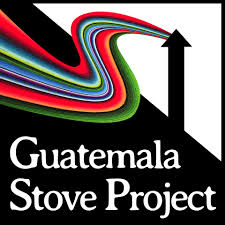 In Guatemala, as in many other countries, breathing in the toxic fumes while preparing tortillas and frijoles puts Mayan women and children at risk for respiratory illnesses, blindness and burns on a daily basis. It is estimated that 77% of Guatemalan families use wood as their main fuel source. 2% of Guatemala’s forests are lost annually, mainly due to the need for fuel for cooking fires. Precious family resources and time are spent on gathering or purchasing wood.

The Guatemala Stove Project (GSP) helps alleviate these problems by building vented stoves that are adapted to Mayan cooking methods. These stoves are made of cement blocks on the outside and fire-bricks inside, filled with sand and pumice for insulation and held together by mortar. The design of the firebox can reduce wood consumption and pollution by about 50%. The ‘plancha’ or stove-top is made of shiny, bright steel. The crowning glory of this kitchen appliance is the galvanized chimney pipe that takes the poisonous smoke out of the house. It is an ‘improved cooking stove’ and while most of us would find it rudimentary, Mayan women much prefer it to cooking on the floor over an open fire.

In order to be able to donate with a Credit Card you need to have an account.